Flat Screen Televisions Vs Going To The Cinema 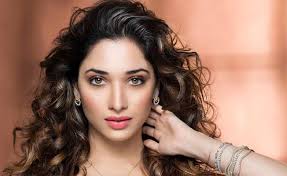 Years ago, when cinema first became popular, for a lot of people it was the only way for them to see movies, because most of them didn’t have their own televisions. The thing is though, cinema has always had a much better quality viewing experience than home televisions, so it has remained the ultimate way to experience a movie.

The Invention of Video Tapes

For a long time, the one problem with both cinema and TV is that you needed to watch a film at a specific time. With the invention of home video systems such as VHS and Betamax, movie fans were able to either record films from the TV or rent films from a video library. However, there was still the problem of quality, as cinema was still a far superior experience than watching a video at home.

The Rise of DVDs

Part of the quality issue was dramatically improved with the invention of the DVD. DVD meant that anyone could watch very high quality digital video at home. Unlike VHS tapes for example, DVDs didnt wear out or degrade over time, as long as you didnt get the discs scratched. From the 1990’s onwards, DVDs became extremely popular amongst movie fans. The only problem was, unless you had an extremely large TV screen and a very expensive sound system, you still wouldn’t get the same experience as the cinema.

The Experience of Home Cinema

Nowadays, the true home cinema experience is becoming much more of a reality for many people, as they buy large widescreen TVs and high quality speakers. For example, with a plasma TV screen of 50 inches or more, and being sat closer to the screen than you would be in a cinema, youre going to get a very cinematic feel. And you wont miss having someone sat behind you who wont stop talking through every scene.

Reasons to Visit the Cinema

However, even with home cinema quality jumping forwards in leaps and bounds, dont you think theres still something missing? Theres just something about actually going out to the cinema. It gives you a reason to spend time with your friends and experience something together. And lets face it: in all honesty, the experience at home really isnt quite as good as the full blown cinema experience, is it?

Why You Should Still Stay at Home Instead

The only problem with visiting the cinema is that it costs you more money than it does to just stay at home with a DVD. But also, when you’re at home, you can fit your movie watching around the other things you want to do. You can also eat your own food. Just relax and watch your favourite movie while eating your dinner.

This entry was posted in Movie & Cinemax. Bookmark: permalink.